I’ve always been a dog person. Well, that’s not exactly true. My mom and dad brought home a poodle as a puppy when I was two and there were reports that I was TERRIFIED of the curly haired ball of fluff. And ok, maybe I wasn’t a fan of being barked at on the way home from the bus stop when I was 6 years old by the large and scary dogs behind my neighbor’s fence. But aside from that I’ve always been a dog person.

When I got married, I understood that my husband was not a pet lover. In fact, he never had a pet outside of the kitten they discovered abandoned in the shed and were unfortunately unable to save. I discovered that it was, in fact, the loss of a pet that traumatized him most. Our beta fishes, Moo Cow and later Kyle, both had unfortunate ends. Moo Cow has a scale disease that we tried to treat, but failed. Kyle lasted quite a while and we enjoyed him a lot until we moved. Then he took up the habit of jumping out of his fishbowl . It was a month or so after he died that we learned that the city water was not fish friendly and they advised using bottled water.

The lack of experience as a child and the fish that we had lost had effectively turned my husband off to the whole pet thing. It was after several discussions that a bargain was struck. Daniel would agree to get a dog, but only under certain conditions.

1) Only one dog. He had heard that lots of people get two so they could keep each other company. He made big watery anime eyes and made me promise that we would stop at one.

2) It was my responsibility. Feed it, clean up after it, exercise it, socialize it, train it, take it to the vet etc. It would be my dog and he could consider taking on or leaving what he was comfortable with when the time came.

3) No dog until we had a yard. Since I was only interested in a larger breed, it needed room to play and run. A one bedroom apartment would just not do.

4) Be home more. I would keep it from being lonely and keep Daniel from having to worry it was going to eat him when they were alone in the house together.

Five years later, my husband decided that we were ready. I might not be able to be at home as much as he had wanted, but I had finished going to school and pretty much every other condition could be satisfied. He had been doing loads of research over the years and found a rescue that specialized in the breed of dog I wanted, a German Shepherd. We started looking through profiles online for the German Shepherd Rescue of Northern California and tried to find the right dog for us.

We found a couple that we were really interested in, but they were snatched up by other families. One we had even met, but it wasn’t meant to be. I was getting really discouraged and my husband was starting to have second thoughts. We decided to table the search for a while.

On February 10th, I was sitting in the living room when my husband announced that he found a dog he wanted to meet and learn more about. The dog would be at an adoption fair the next day. I agreed to go with him, but was a little guarded and worried about getting my hopes up. When we got there, we learned that there was a list of people that already were in line to meet the dog. My hopes were dashed. I started to get upset, and even wondered why we were there at all.

It turned out that the man that was transporting the dog everyone was waiting for was stuck in traffic and couldn’t get to the event on time. As the hours past, lots of the people on the list gave up or started to get interested in the other dogs at the event. Three hours after the start of the event, the long awaited dog arrived. We had learned, however, that he had gotten sick during the long trip and he had to go get a bath before meeting his adoring fans.

Time ticked by and more people gave up on waiting. By the time he made it out to the adoption fair, there was only one woman ahead of us in line. I eavesdropped as they told her about the dog. Very friendly, moderate energy, only 18 months old. I watched the dog as he was noticeably anxious after his ordeal that morning. The woman saw his behavior and I watched as she turned her nose up at the dog. I was elated.

My husband and I didn’t hesitate to assert ourselves as the next people in line. We asked our laundry list of questions and took the dog over to somewhere more quiet to talk. That was when the dog calmed down and his true personality shined. He came over to my husband, who was crouching as he was asking questions. My husband gave him a few pets and then the dog flopped over into his lap. I watched as my husband gave the dog big belly rubs. I knew. This was OUR dog.

It was pretty much a whirlwind from there. We filled out some paperwork, bought a ton of stuff, and before I knew it, I was in the back seat with a dog who was resting his head comfortably in my lap.

We named him Doozer after a race of characters on Fraggle Rock, one of my husband’s favorite shows growing up. 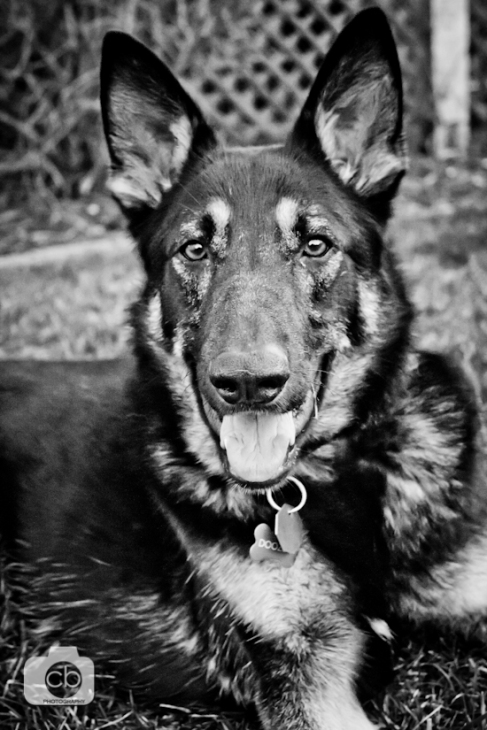 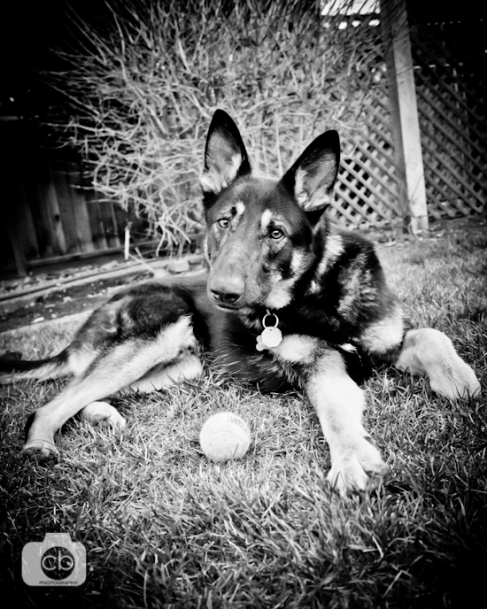 We have absolutely LOVED having him as a part of our family over the past three weeks. We’ve been learning a lot and I’ve been running with him everyday, so I’m changing a lot too! *wink*  Doozer has been an joy to have around and fills that dog shaped piece of me that I’ve been missing. My husband doesn’t know it yet, but I think he might be a dog person, too.